Most early farming selections were taken up in the district along the lower Burgoigee Creek. The selectors were here to stay but their homes and markets were at Beechworth (a considerable distance away). Since there were no towns nearby the early selectors depended on “Hawkers” (travelling salesmen with a wagon containing a variety of goods). There was one named “Chant” (perhaps an Indian) who apparently lived near the Stoney Creek at Murmungee. Families were large and a school was needed and on the now disused and impassable road north (School Lane) the ruins of the Bowmans School (circa 1865) is located. 61 students – aged 5 to 14 – attended in one room measuring 7.3m by 4.3m. After hours the school functioned as a hall and meeting place as well. The school was built on an allotment owned by James Whitford - a former “boy” convict who had selected farming land. 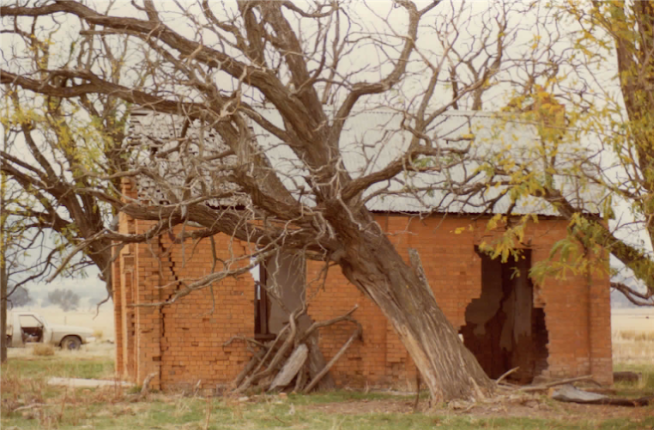 The nearby school prompted the establishment of local shops and by 1870 Bowmans Forest was a thriving community along the “Ovens Track” – now the Great Alpine Road. The location also was a junction of the traditional track to “Fisher’s crossing” at the Ovens River (perhaps the same one Hovell and Hume used) since there was no bridge. The shops known to exist here were Hand’s and Morris store, Maria Davis’ Dress shop, Charlie Williams Blacksmith shop and John Balty’s butcher shop. There was possibly another butcher shop since it was known that Christopher Mummery was advertising for a butcher to manage his shop further along the road. It should remembered these 1870’s “Butcher” Shops were a far cry of today’s supermarket or butcher shop. The procedure was bring a bullock into the “shop” (a shed or it could have been just a tree), kill it and hang the carcass. Early the next morning cut it up and quickly make the rounds of the mining camps before the meat was fly-blown. The nearby Shannon’s Hotel and Mummery’s Hotel are known to have shops within them as well. By 1888 Bowmans Forest was listed in the NE section of the “Victoria and Its Metropolis” book as one of the “small townships of the ordinary up-country type”.

Originally much of the building materials were sourced from nearby sites. Timber was abundant and a ready market was available for buildings as well as mining shafts and for housing. Almost all of the local bridges were timber and the miners were skilled in constructing these quickly. Several farmers supplemented their income from timber cleared from their properties and of course there was always a need for firewood. (Note in the photo, the ringbarked trees in the background, the log jinker and production of sawn timber and firewood). 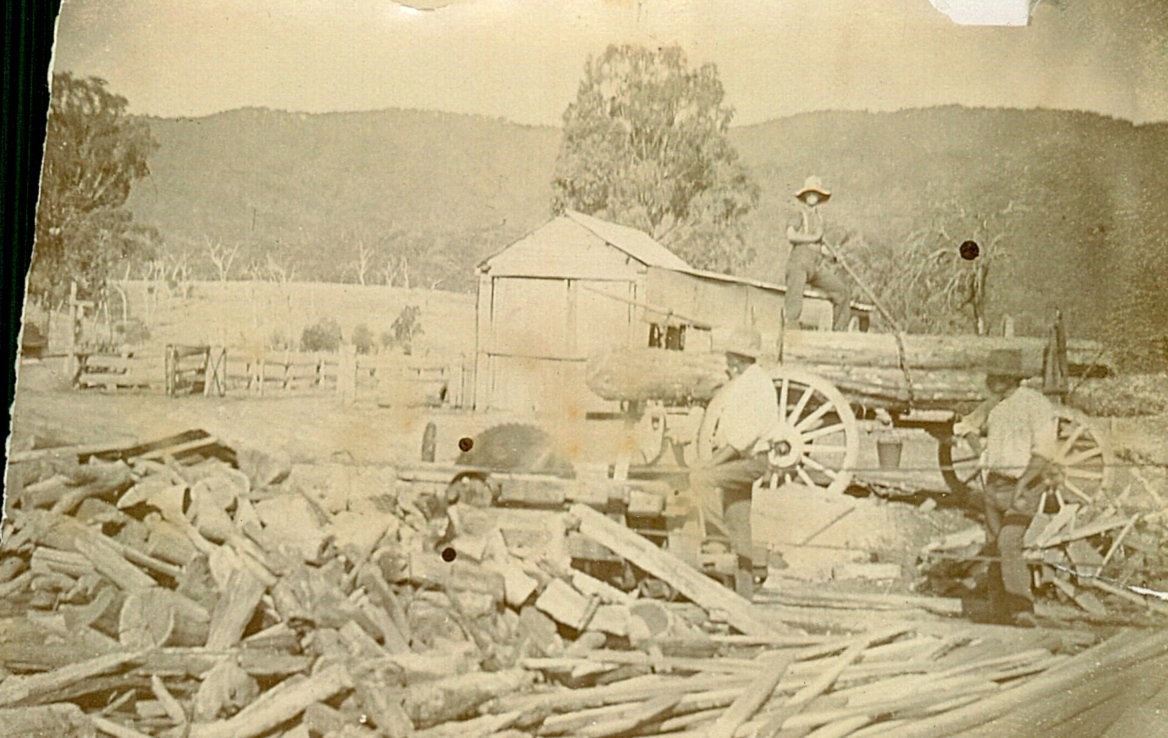 Alas the drop in school aged children and the location of the railroad further along the “Ovens Track” spelt the end of the township. One reason there is so little evidence of its existence was that most of the buildings were located on the road reserves and therefore had no title. This made them impossible to sell as going concerns. Also the advent of WW1 created a shortage of building materials and many existing structures were pulled apart for construction elsewhere.