There is a considerable mystery and controversy about the “Stone Bridge” as to why it was built and why it is where it is. There are no documents recording the date of its construction but local folklore maintains the builder was local John Morrison – a Scottish stone mason – who arrived in 1871 and worked on the various projects in Beechworth. Certainly the bridge bares hallmarks of his work and it is thought it was built circa 1885. It has an unusual design in that the abutments do not line up directly but are at an angle to each other. This would have made crossing by wagon not a straightforward proposition. 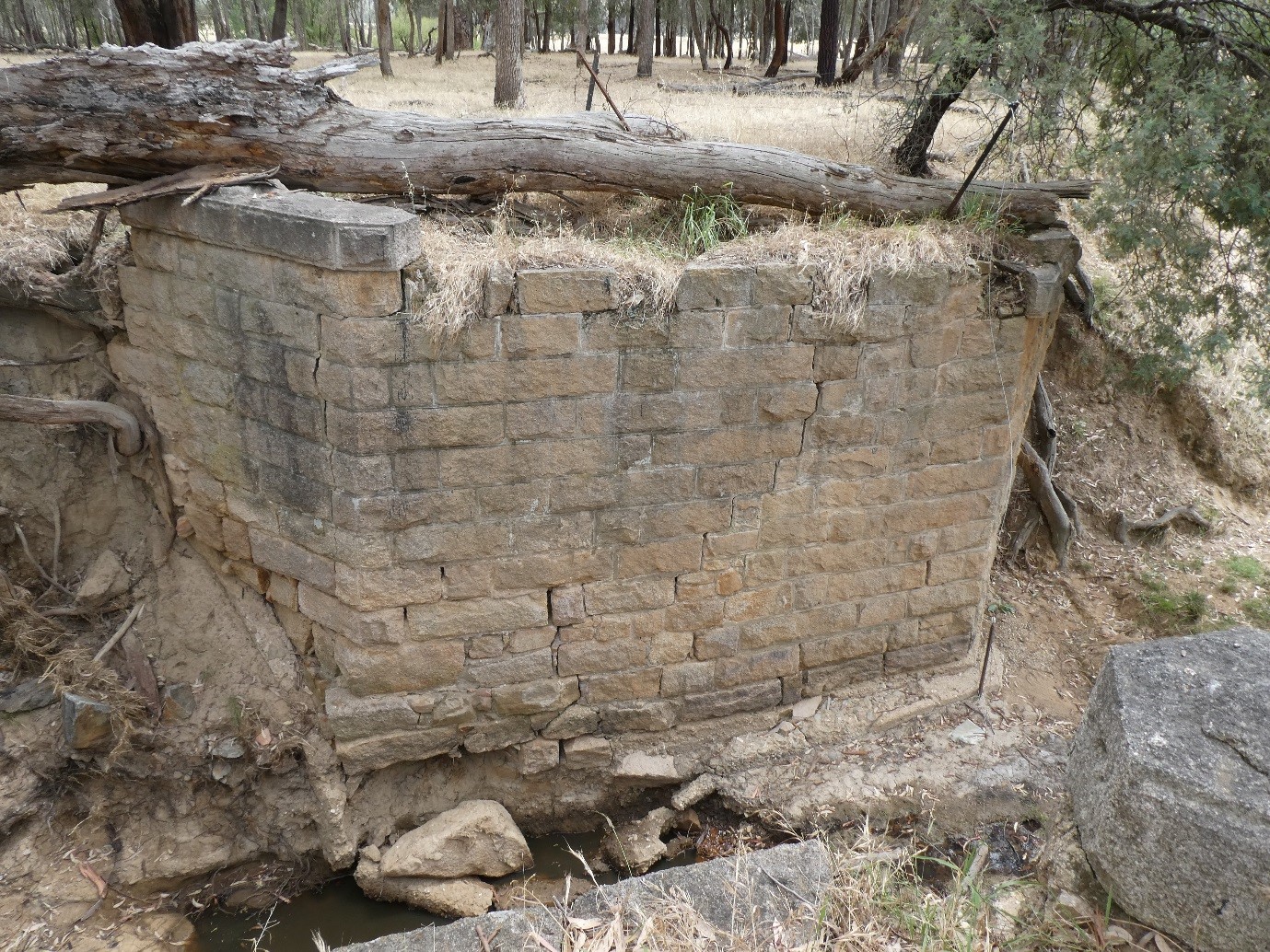 This date of construction loosely corresponds with the completion of the Bowmans section of the railway when there might have been a demand for materials from Beechworth. However the diagonal road called the “Whorouly-Beechworth” road was not on the original 1857 survey and was only referenced on maps from 1880 to 1913. When the CRB started upgrading local roads it was unknown to them and never formed.  A lively correspondence between Clem Orton (a local resident with an encyclopaedic knowledge of local history) and Don Chambers (a regional politician) in the mid 1990’s attempted to clear up the mystery concerning the bridge.

​It seems that Joseph Ferguson J.P. (one of the original Bowmans Forest selectors) was a very important local politician during the later 19th century. He was a member of the Beechworth United Shire Council from 1875 to 1911 (36 years – president 3 times). At the same time he was a MLA representing Bogong and Ovens first elected in 1882. He had ploughed a 6 mile track for his family to attend church in Murmungee (could this be the beginning of “Whorouly-Beechworth” road?). His house was situated south of the “Stoney Creek” and obviously given he had to often travel to Beechworth for official business a bridge would be very handy for him. However the location meant that another bridge (Timber) had to be constructed over the Burgoigee Creek a short distance away. Slightly farther downstream “Stoney Creek joins the Burgoigee Creek which meant only one bridge would have been needed but the “road” would have to be rerouted.

​In any case the bridges were built for the ostensible reason that the Whorouly farmers could use this road to access Beechworth (although there is little evidence they went beyond the Bowmans Railway Station). The road (and Bridge) apparently fell into disuse prior to WW1 and another mystery surrounds their neglect. The timber bridge over the Burgoigee creek was burnt down allegedly by “malicious person or persons”. It was speculated that Joseph Ferguson J.P. may have made some enemies among the “lower orders” in the course of his duties. Since basically he was the only person using the road what better way to gain revenge than to deny the J.P. easy access to court by destroying “his” bridge?

Now the impassable road and bridge lie on private property as a reminder of that all history cannot be known but only guessed as to its true meaning.