Some of the selectors were destined to stay for eternity so a meeting was held at Hunts (British) Hotel on 13th February 1868 for the purpose of “taking steps to have a cemetery at Bowmans Forest”. A site on the “north side of the hill south of Mr Box’s paddock” was selected by a committee of notable selectors but who actually owned the land wasn’t recorded. Later that year the government gazetted 2 acres as a cemetery, with another 2 acres to be gazetted when required (now used for parking).

Just in time, the first burial on 15/8/1868 was that of Mrs Mary Wells, aged 73 and by February 1875 there had been 32 burials. The lack of a cemetery plan was a concern and there was several failed attempts to produce one. It reached a point that in February 1878 it was agreed that Mr Wells be allowed £1 for “pointing out where graves were dug in the cemetery for the last year”. Finally a plan was completed in 1885 and the trustees met to number the graves on the plan. This historic document is reproduced below (it was lost for many years and rediscovered behind a wardrobe). 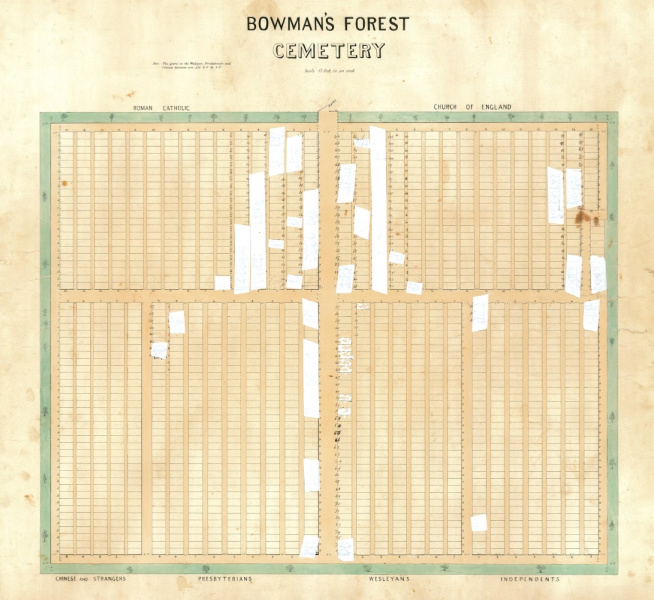 The plan stipulated graves would face east to the rising sun and be organized by religious denomination, the two largest groups in Bowmans Forest being the Church of England and later the Roman Catholics at the time. For those not familiar with the denomination of “Independents” it was a popular English religious belief in the 1640’s. They were influential in the English Civil War (Oliver Cromwell was one) and dominated Parliament. The Restoration of the Monarchy curbed their influence and discriminated against them therefore many migrated to America and later to Australia. It is speculated that their ideals led to the foundation of the Independent Order of Odd Fellows in the 1700’s. The “Odd Fellows” were basically a social welfare organization (providing funerals for those who couldn’t afford one was an early activity) and a forerunner of the Union movement.

The other unusual section was the “Chinese and Strangers” who were allocated a spot in the far southern end of the cemetery. Indeed there are 7 Chinese buried here which attest to a long association with this district. Five of the men drown in Ovens River during a flood in 1878 and the others from disease and old age. Four of their tombstones remain in lonely isolation. 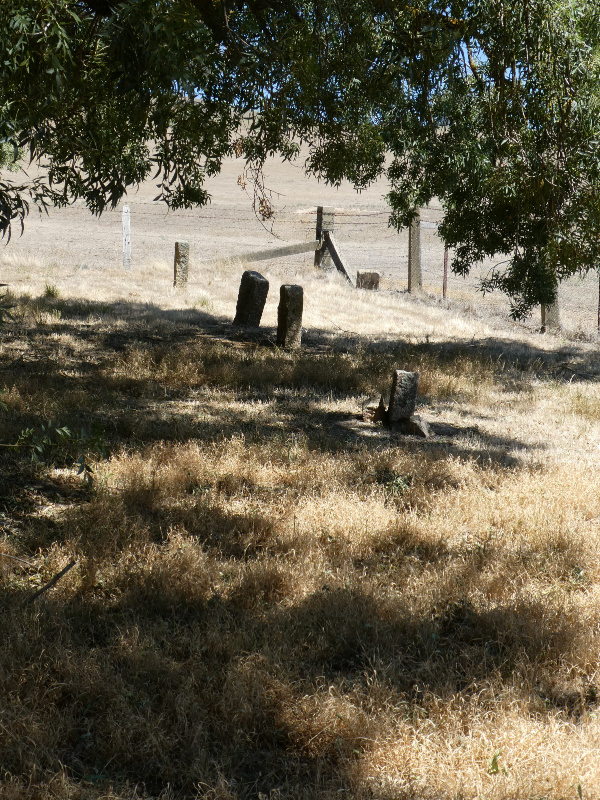