The Hall was the original school building constructed in 1869. Since it was only leased by the Board of Education it was used for many other things, a real focal point for the community events. Although Bowmans Forest also had a Hall (established 1866 and essentially identical) Murmungee was the more populous area and have maintained their Hall vigorously. The original government policy required a community to build a school and employ a teacher before state aid was granted. In Murmungee’s case fundraising started in 1865 with a concert and ball hosting 300 people at a local’s house. The Beechworth newspaper reported dancing went on until sunrise (not so remarkable if you remember horse drawn buggies had no lights). Here are some of the activities that were held in the Hall during its existence. 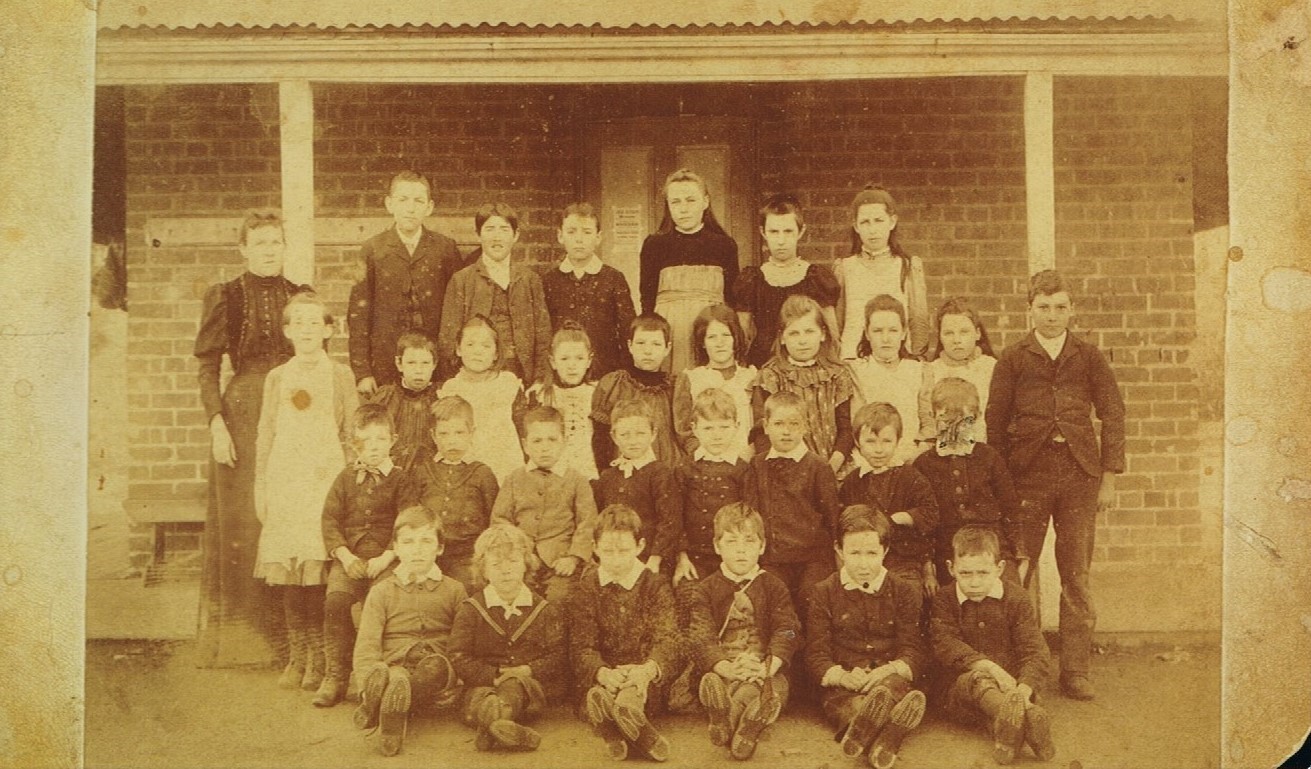 School started in 1869 with 52 pupils, from “Infants” to “Leaving” (basically under 8 to 14 years old) and only 1 teacher in a room < 7.5m X 5m! Fortunately for the teacher not all pupils attended every day. Discipline was strict, teaching materials limited, lessons were rote, and the pay was minimal. Sports and concerts enlivened the curriculum and involved the entire community.

In most small communities you will find a church – maybe disused or converted into a house - but there has never been one in the Basin. Since there were several denominations represented among the selectors perhaps no individual one had enough support to build their own. So travelling preachers of various denominations took turns in holding services in the hall. Perhaps not always with decorum because in 1885 a letter to the editor of the North-Eastern Ensign complained, “I do not know if Beechworth residents take dogs to church with them or not, but at Murmungee it is a regular custom. The last time I attended service, during the whole of the evening a continual yelling and barking were kept up by the dogs and owners outside the place of worship. What with the ill behaviour of the children inside, people’s attention is altogether drawn away from what they are listening to. I trust this annoyance will not happen or take place again.”

Church was not the only religious activity held at the Hall. Sunday School was popular with almost 50 “scholars” and their families attending weekly. In addition meetings of the “British and Foreign Bible Society” were held in the 1880’s. Older residents also recalled that one of Will Garratt’s daughters became a missionary to India and would occasionally return to give “Lantern Lectures” about her activities there.

There were two choirs in the Basin; a “Forest Choir” made up of 9 residents of Bowmans and a Murmungee Choir which comprised of 14 members (alas the members are unknown). These choirs performed at concerts which often included recitations and short sketches by residents and followed by a dance. The Hall’s wooden floor was renowned for its suitability for dancing. There was a Murmungee Brass Band and a Bowmans Forest Band but the bands didn’t play for the dances where the music was usually provided by a button accordion. School furniture was removed from the hall prior and returned afterwards. Alcohol was banned from public halls but older residents reported some men would retire to the stables at interval to “Go and snare a possum.” Wonder was expressed at the dancer’s ability to gracefully perform after snaring the possum. Popular dances were “The Pride of Erin” and “Albert’s Dance” (4 groups of 6 dancers). It’s a mystery how the number of people who attended these events could fit into such a small space, much less dance.

​Once the Hall was built many types of meetings were held besides the inevitable school committee meetings. There were “educational” ones debates on topical issues (i.e. rabbit control), Temperance (popular from the 1870’s with the non-drinkers), political (“People’s Party” prior to WW1 supported by some of the Basin’s leading citizens), and others. There was even a fund raiser for the Belgians in 1915. Card games (Euchre) were popular since a regular Saturday night was played. Once the tennis courts were moved next door in 1925 the Tennis club (which was highly regarded) held its functions there.

Thanks to the efforts of Dorothy Hume (a former resident) and other locals, the Murmungee Hall was classified by the National Trust in 1968 while the Bowmans Hall (far more inaccessible) lapsed into ruins.