It is not known who originally established the Zig Zag Track (even some speculation that Hume and Hovell came down it in 1824) but it was definitely used by the first selectors. The Track was the quickest way to travel to the 3 Mile (Baarmutha) where several of the original selectors lived while establishing their farms and homes in the Basin. After their farms were producing an agricultural surplus for sale they used it to travel to Beechworth to sell produce and buy supplies. It is believed that Mary Fisher (wife of an early selector) in the 1860’s would push a pram load of vegetables from here to Beechworth Asylum weekly on foot to sell. If you do walk the Zig Zag undoubtedly you will know what a feat that was. 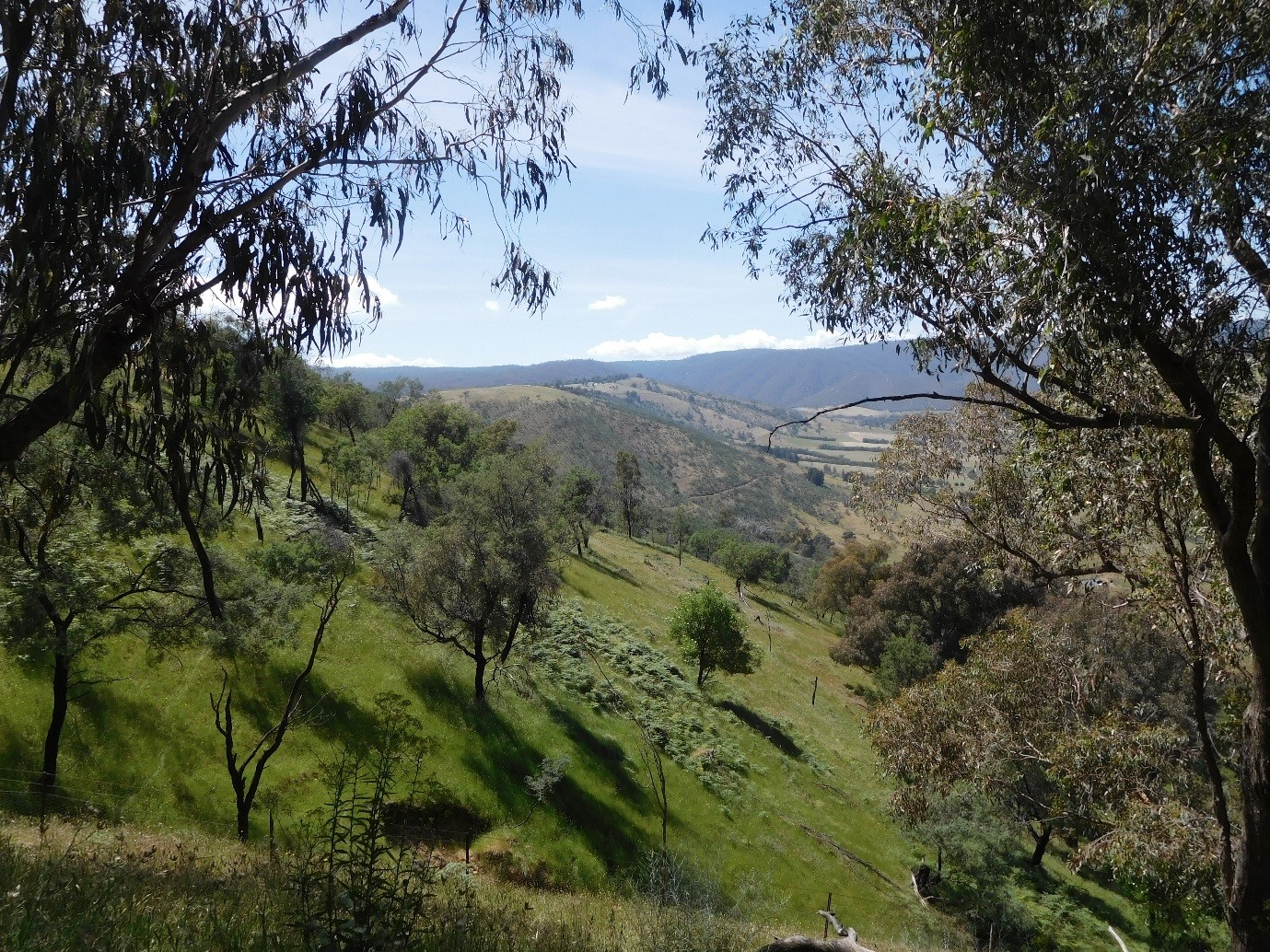 Once John Morrison – a Scottish stone mason - arrived in 1871 he selected 100 acres adjoining the Track and built a house “Molymusk” nearby which still stands. John worked on the New Town Bridge in Beechworth and would walk every day (approximately 22 kms) back and forth to work. On various locations along the Track there are the faint remains of stone retaining walls that probably were constructed by him. The original Track was wide enough for a pack horse and indeed some residents used it up until 1930’s to deliver goods to Beechworth.

​Nowadays the Zig Zag is a walkers trail to a Scenic Reserve at the top of the Basin escarpment. It is steep in sections but well-marked for reasonably fit walkers. Allow 2 hours for a return trip. It is reached from the valley floor by traveling up the signposted local Zig Zag Road until you reach the Pine Plantation gate. Keep to right on the track until you reach a parking area with a sign at the beginning of the walking track. The Track can be reached from the top by travelling along Diffy Road until the Junction with the Zig Zag Road. Travel until you reach a parking area and continue by walking along the fence line until you reach a sign at the start of the walk. Magnificent views over the Basin are along the rim of the escarpment to your right.