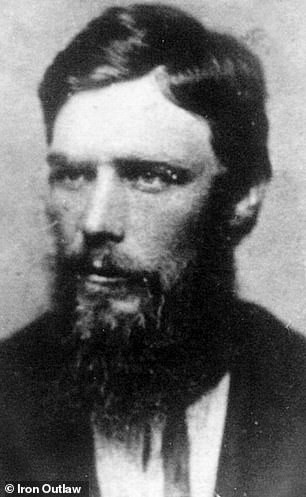 We often forget the critical role horses played in the life of the early selectors. They provided personal mobility, were also a valuable source of “horsepower” for the farm and horse racing was one of the primary forms of entertainment. It is no wonder that horse stealing was considered a major crime, punishable by hanging until 1831. By the 1880’s it was still a major crime in Victoria’s rural areas and resulted in serious prison sentences if proven. The Ovens & Murray Advertiser (Beechworth 21 Dec 1882) reported that Isaiah Wright was charged with horse stealing. The committal case is briefly outlined as follows.

The next day at Mrs Holloway’s (Buckland) Gap Hotel a local carpenter – Robert Bruce – testified that he saw Wright ride in on a Bay horse leading a Black horse. Wright asked him if he knew anyone in the area would like to buy the Black horse. Bruce replied James Hume in Murmungee could be interested and Wright asked him if Hume had the money to pay for the horse. Bruce said he believed he did since Hume had just sold a horse. After a drink Wright rode down the Gap towards Hume’s.

James Hume was an early Scottish selector at Murmungee and was locally renowned as a judge of horses. The Basin’s first Gymkhana were held in his paddock. Wright rode in about noon and asked if he was interested in buying the Black horse. James said he was interested in a Mare but after testing the Black by getting it to pull a dray load of stones up a hill agreed to buy it. Wright wanted 25£ but James refused so a deal was done for 22£ 18s. After paying him James’ wife wrote out the receipt (Wright could not read or write) to “John Kitchen” (the horse’s brand being JK).  When asked if there was any faults with the horse Wright replied, “He’s a bastard to catch and when he is caught he’s not worth a damn.” Wright advised Hume to hobble the horse overnight (making it easier to catch) and he did so. The next morning he discovered the paddock fence had been broken into and horse tracks leading to Mrs. Allen’s hotel/store about a mile distant. Later that day James reported the theft to the local Murmungee Constable Blade. Blade with the help of “blacktrackers” traced the tracks to Gapsted towards Whorouly where rain had obliterated the tracks. Sometime later (7 Dec) they found the horse’s remains with the brand removed at Rocky Gap (now Henley Ridge) and brought the head, hide and legs (must have been a smelly bundle since the horse had been dead for over a month) to court.

A road contractor from Bowmans Forest said he saw a man riding a Bay and leading a Black horse coming from Pioneer Bridge at 5 am. Shortly afterwards a local farmer from Carboor saw Wright – now without the Black horse – riding 2 and ½ miles from the State School. They had a short conversation where Wright boasted that he had just ridden past Milne’s, Blackburne’s and O’Donnell’s stations (all in Bowmans Forest) and wasn’t that good work for a man who did not know the country. All of the witnesses (except the last 2) said the Black horse remains were those they had seen on the 3 days following the theft.

​Wright was arrested by Greta’s Mounted Constable Leahy at the Victoria Hotel in Greta (he obviously liked a drink or two) on 24 November. Greta was known as a centre of police harassment at this time. This date appears to be a little unusual since Kennedy – the original owner of the horse – did not report it missing until 26 November (although James Hume had in Murmungee). In any case Wright was committed for trail and denied bail. It is unknown whether he was convicted for this theft.

However this is not the only unusual thing about Isaiah Wright who was “known” to the police as a serial horse thief. He was the same Isaiah ‘Wild’ Wright that Australian bushranger Ned Kelly defeated in a famous 20-round bare-knuckle boxing match at the Imperial Hotel in Beechworth on 8 August 1874. Kelly was sentenced to 3 years for “receiving stolen property” (a horse Wright had actually stolen) when he was 16. Supposedly Wright (who received only a 1 & ½ year jail sentence for stealing the horse) failed to tell Ned it was stolen and Ned harboured a grudge against him. When they met (both having a drink at the pub) the pub owner – a boxing promoter – suggested the bout. Wright was larger, heavier than Ned, an experienced bare knuckle boxer and 9 years older than the teenaged Kelly. However Ned gave him a thrashing becoming the unofficial NE Victorian boxing champion.

The surprises don’t stop there. Wright (born 1846 in Ireland) was married to a Kelly relative and became an ardent supporter of Kelly’s “revolution” (as several of the Murmungee selectors were). He was jailed following the Glenrowan siege as a Kelly sympathizer. It seems unusual that the locals did not know who he was but of course these were the days before photos were widely available. Soon after this report he decided to move to the Victoria River District in Northern Territory to avoid further trouble where he died in 1921.